AND Digital has opened its second Club in Edinburgh which is set to create more than 100 new jobs in the Scottish capital. Ivan McKee, the Scottish Government Minister for Business, Trade, Tourism and Enterprise officially opened the new Club at 80 George Street.

The opening follows the success of the company’s first Edinburgh Club which launched in March 2020, and its first Glasgow Club which opened its doors in June 2021. AND Digital’s second Edinburgh Club will provide roles for analysts, developers and designers across all levels as AND continues its mission to close the digital skills gap across Scotland. The company aims to have five Clubs in Scotland with over 500 Scottish ANDis by 2025.

Ivan McKee, the Scottish Government Minister for Business, Trade, Tourism and Enterprise said: “AND Digital opening their third Club in Scotland in just over two years shows the appetite and demand businesses have for digital transformation support. This Club opening will create more than 100 jobs in Edinburgh, which is establishing itself as a national digital hub attracting great skills and talent from around the world. Scotland has a thriving and growing digital economy, and it is great to see companies like AND Digital continuing to invest in Scottish people.”

With Edinburgh ranked as the UK’s sixth best tech hub, and having attracted £74 million in tech investment according to recent figures, AND Digital believes the capital will continue its
growth within the tech industry. Andrew Smith, Chief for Next at AND Digital said: “Edinburgh has a thriving tech community and strong reputation for entrepreneurial spirit, so it is a natural fit for AND Digital. We want to nurture and grow digital talent, and our collaborative Club environment lets us do just that. We have an excellent Club lead in Fiona Burton, and we are excited to meet our new ANDis as we continue recruitment for this new Club. This is our third major investment in Scotland and we are confident that this Club will serve the growing demand for digital acceleration.”

Fiona Burton, Club Executive of the new Edinburgh Club, which is named after the pioneer Grace Hopper, said: “This is a really exciting day as we open the doors to our new Club and begin to welcome new ANDis and clients. I’m looking forward to leading the team as we work to support new clients and continue to grow our customer base across Scotland.” 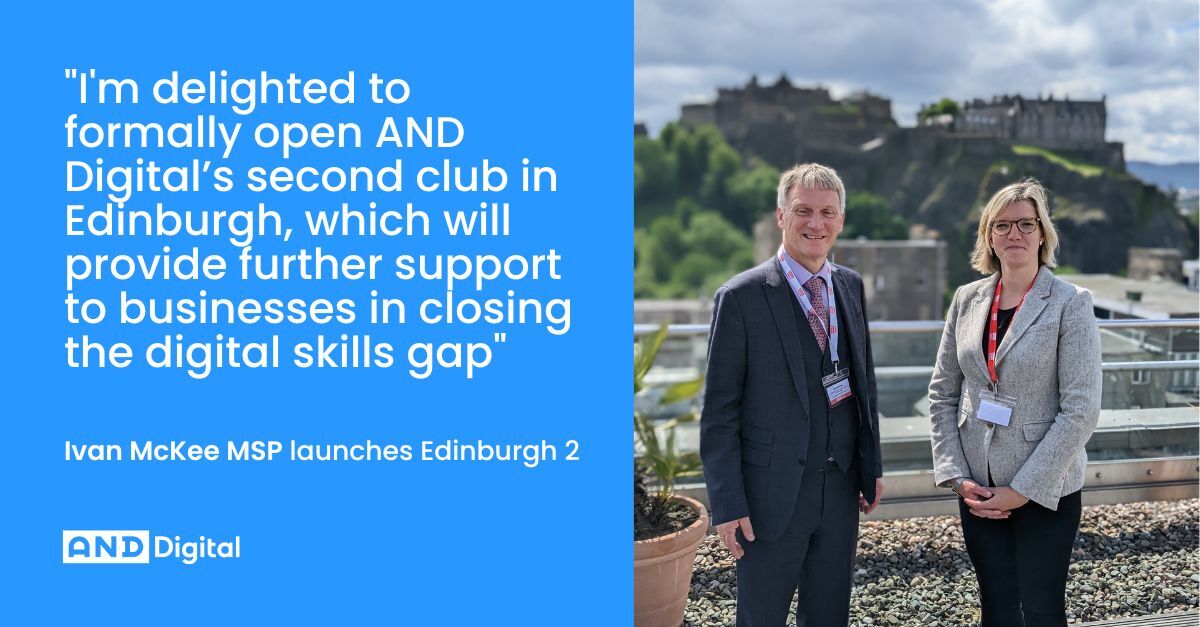 Get technology insights delivered to your inbox